GEObit instruments won recently, (Bid tender, July 2018), the contract for the supply of digitizers to the Seismological Laboratory of the University of Patras (UPSL) [2]. The UPSL replaces old or damaged seismic digitizers with new, state of the art units, integrated with onboard seedlink servers, according to the national regulations of seismic station requirements. Six (6) GEObit SRi32S[1] data-loggers are going to get connected with already existing broadband seismometers.

The National Western Greece Seismic network is part of the Hellenic Unified Seismic Network [3](HUSN) located in western Greece. It consists of 22 stations (July 2018), some of them in operation and some others, not. During the first phase of the upgrade / replacement, three stations (AXS, VVK, VLX) were equipped with GEObit data-loggers. The seismometer is an NMX Trillium40T.

Back to Case Studies 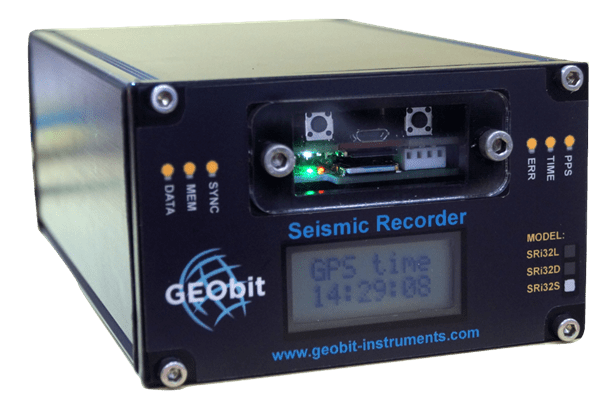 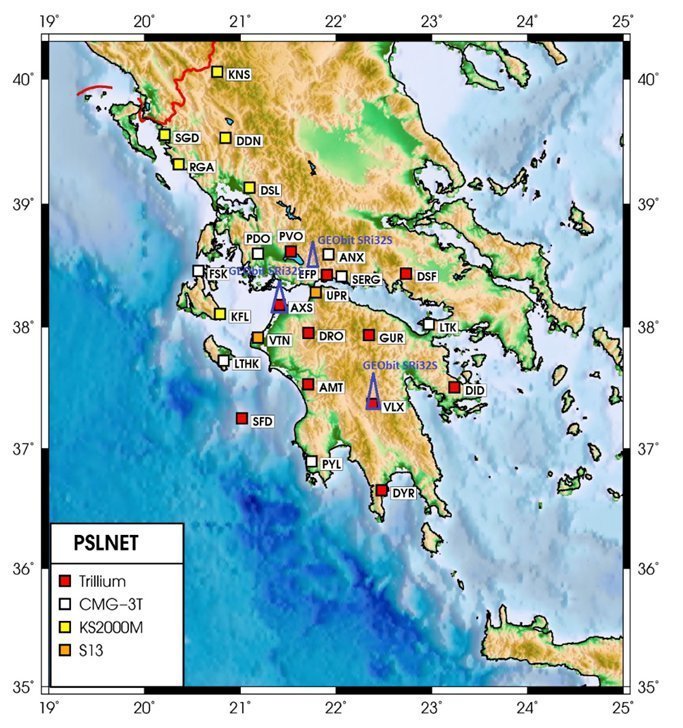 Figure 2: The C100 sensor connected with the data-logger

The GEObit data-loggers replaced NMX Janus at stations AXS and VLX. The old VLX station was equipped by an old GEObit SR24 digitizer and an S100 sensor, being in operation since 2006, and it was decided to be upgraded as a broad-band station using another NMX Trilluium40T which was in stock at UPSL.

This station was re-installed in September 2018. The station used to get power from the electricity network but because of the problems caused, it was decided to switch to solar power in order to isolate it from the local problematic electricity network. The data are transmitted in real-time over seedlink using GSM/3G network. 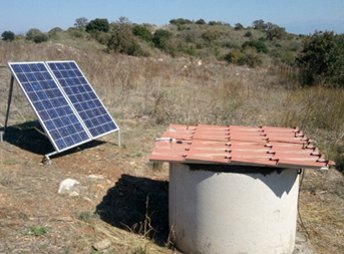 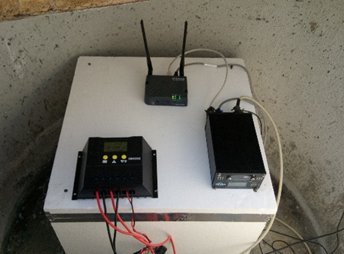 This station was re-installed in October 2018. The data are transmitted in real-time over seedlink using GSM/3G network. 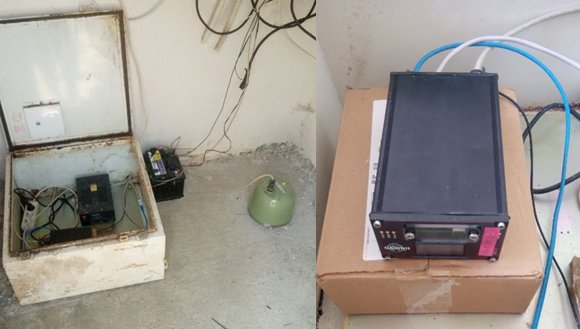 All three stations are performing extremely well in terms of signal quality, stability and data transmission. The data are acquired by the UPSL from Seiscomp3 software and shared to an Earthworm sever as well. They are also shared to the HUSN over seedlink protocol.

The PSD of the signal is calculated at National Geodynamics Institute of Greece[3]. The heliplots are produced by UPSL Earthworm [2]. 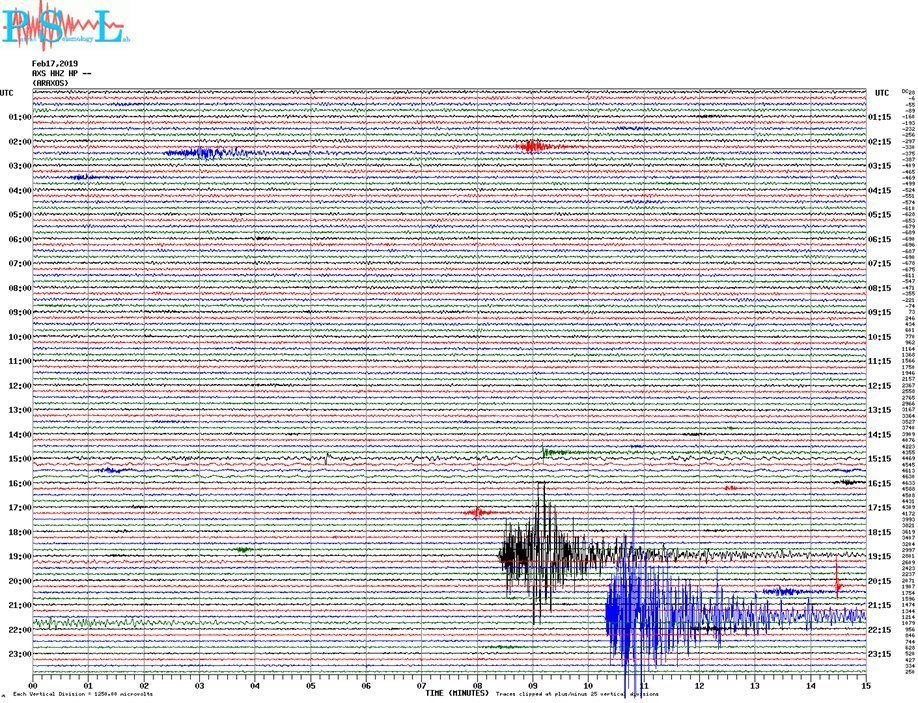 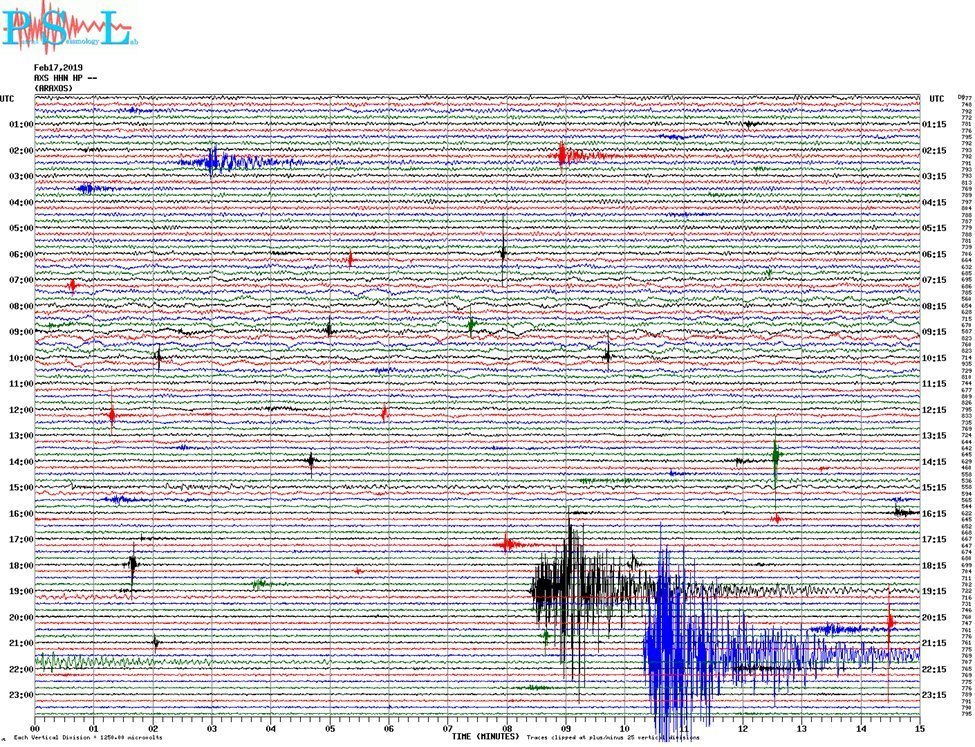 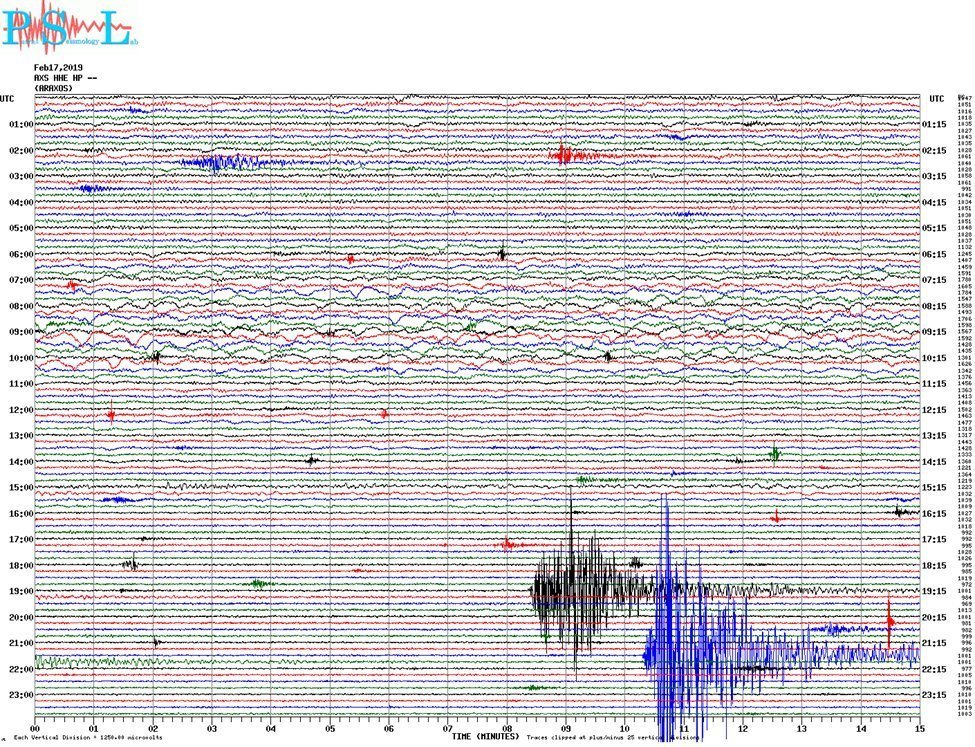 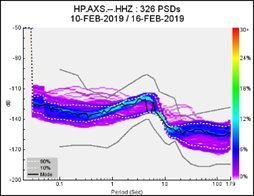 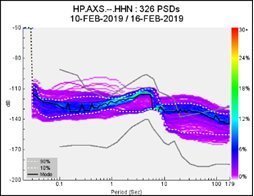 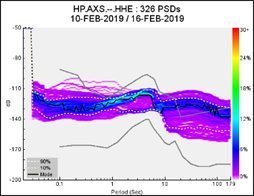 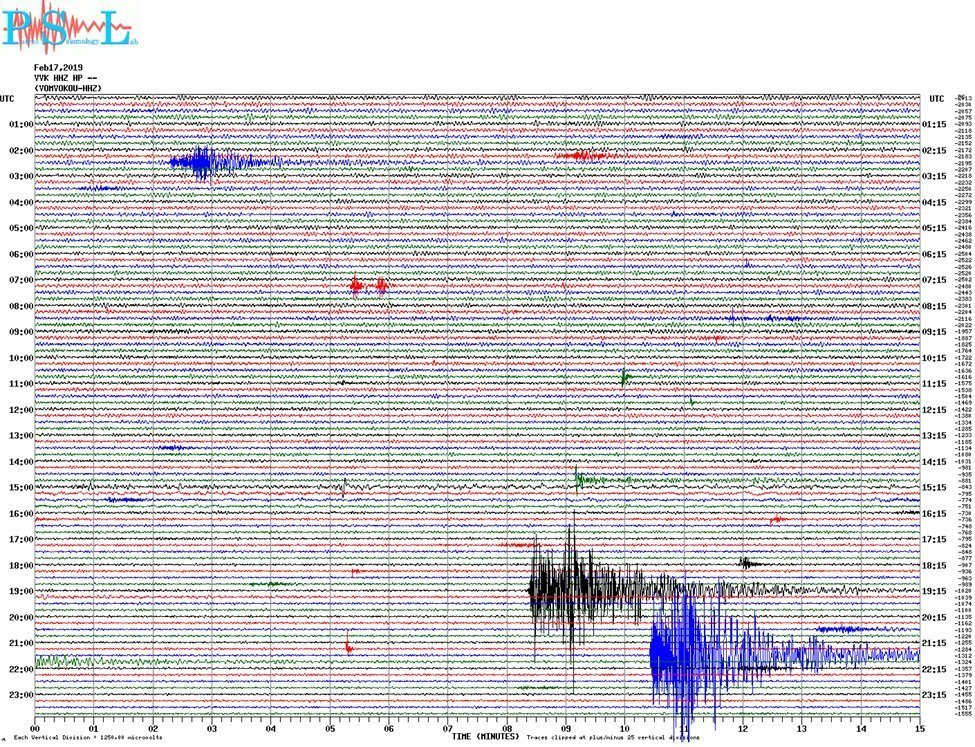 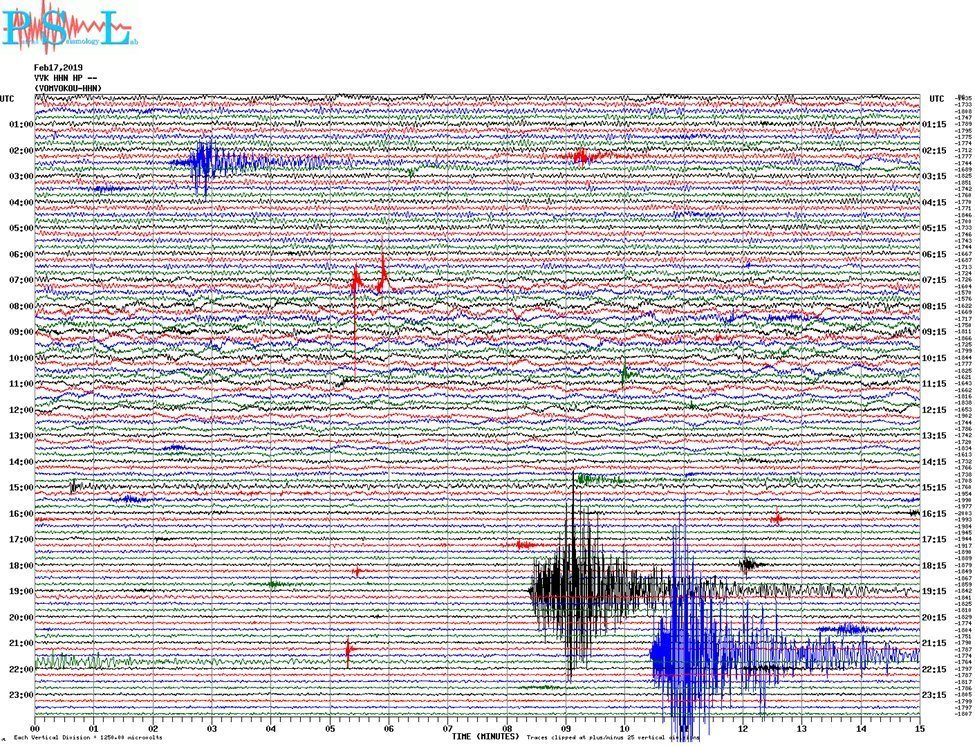 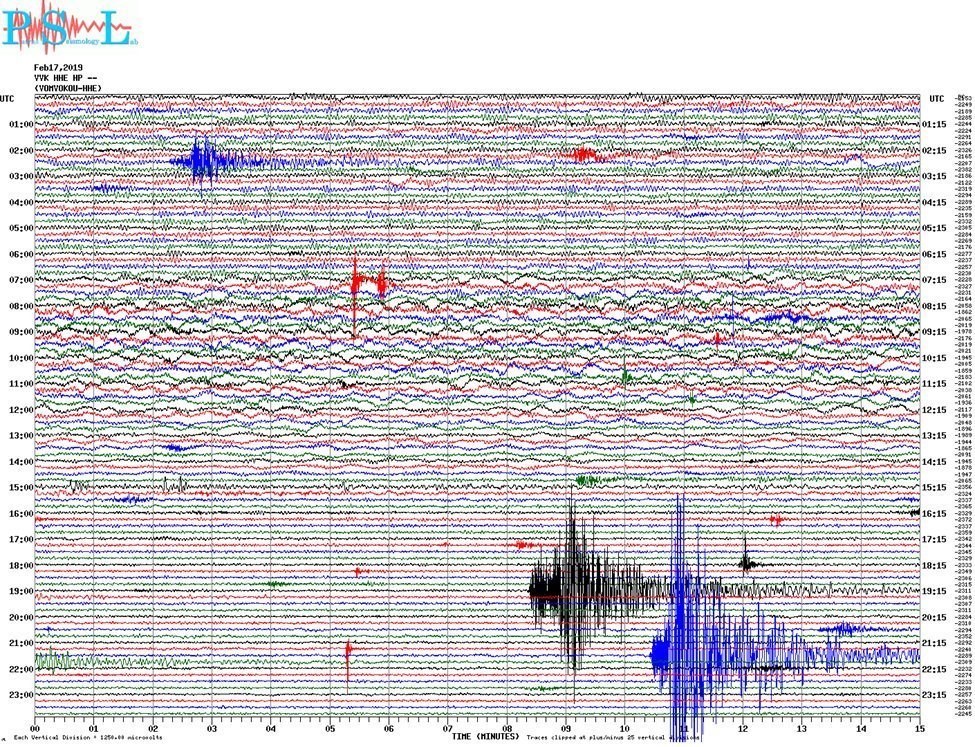 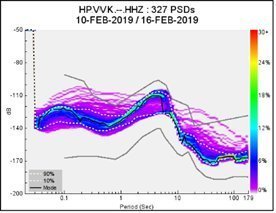 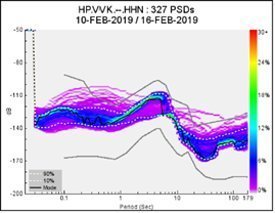 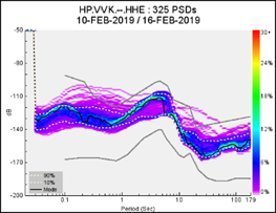 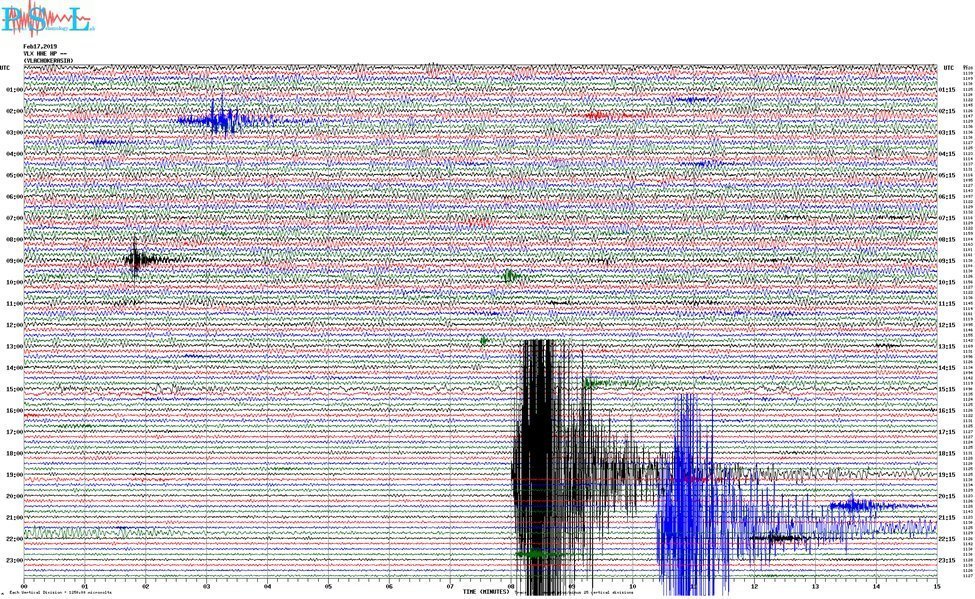 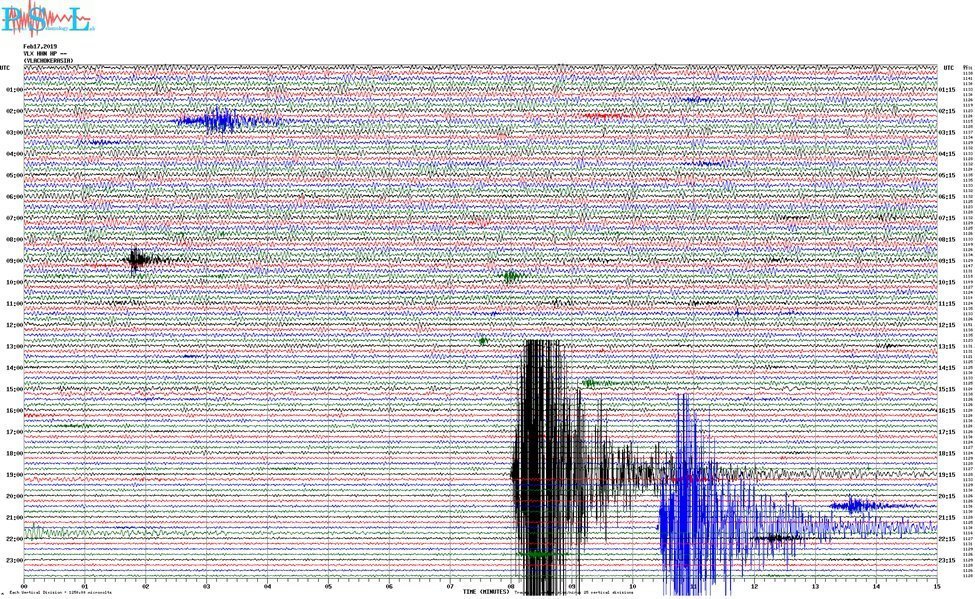 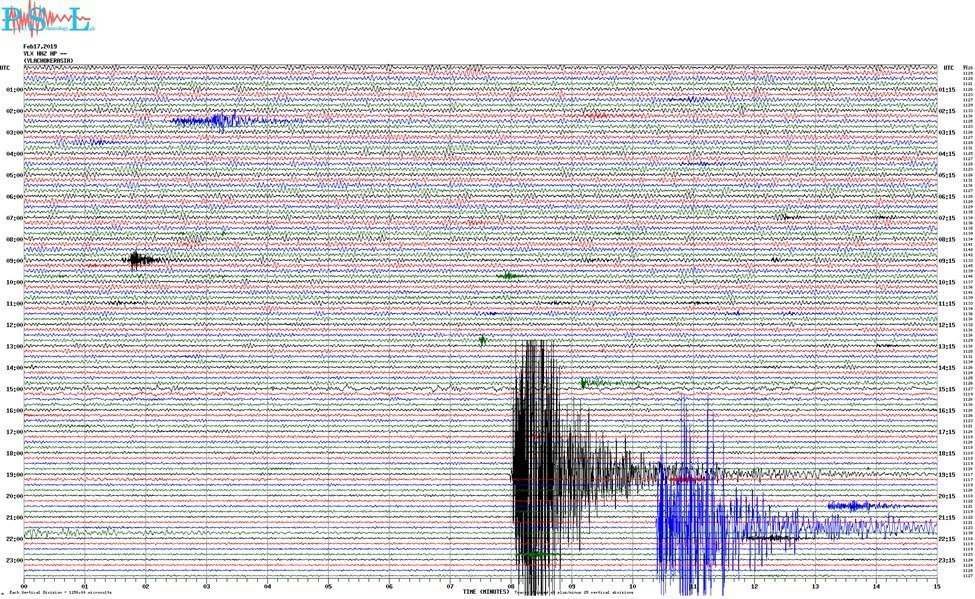 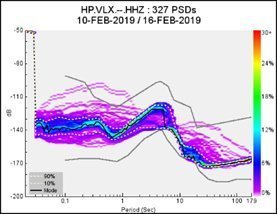 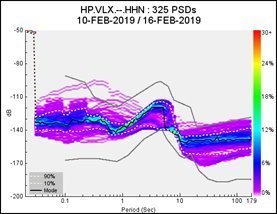 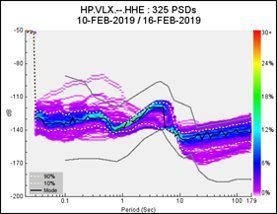