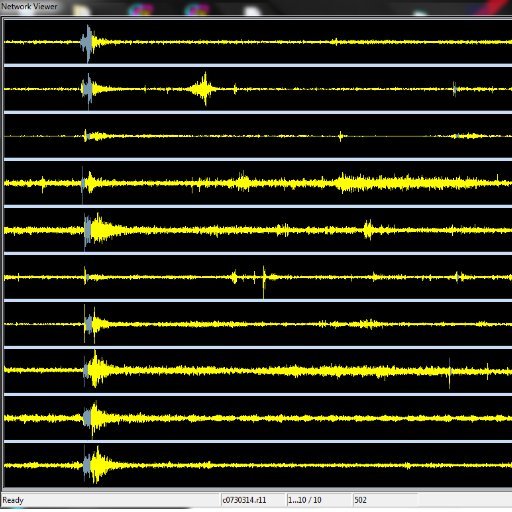 The Event Detection software has been developed on the following independent modules:

During the develop of the software, many seismic algorithms were tested for the detection of the arrival times of the events. When data are noisy, best results were obtained by applying the “recursive STA/LTA” which combines speed and reliability as it is a real-time sequential algorithm and its implementation is easy. However, the algorithm has one basic disadvantage when it has to be applied in random noise signals. The trigger threshold value is fixed so the algorithm will not be applicable in noisy data. This disadvantage has been eliminated with the use of variable threshold level (GEObit patent), which automatically is set from each file being processed. Thereby the sequential behavior of the algorithm recursive STA / LTA algorithm is maintained and it still remains real time.

The raw data have to be organized in files named with the station number. Station numbers must start from 01 to 99. This dataset can be under any directory like “visits_9_10_11_12” or whatever. The output directory has to be initially created from the user, and it’s path has to be added to the appropriate field on the software form. The parameters of the ini.txt file have to be set by the user, and it’s path has to be added on the software form as well. Then just pressing the “Search” button, the software will do the seismic event detection, and select and copy all the files.

Further data post processing will be applied by the user, using the “CleanUp” procedure. Plotting of the data will be done, in group of stations, like they have been processed. All the trigger points of the waveform will be grayed from the data plotter helping the user to confirm if the detected signal is a seismic event or a false event. 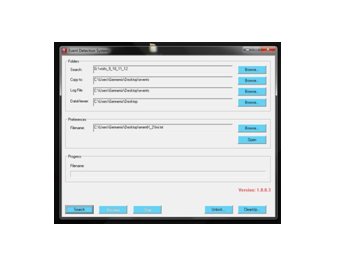 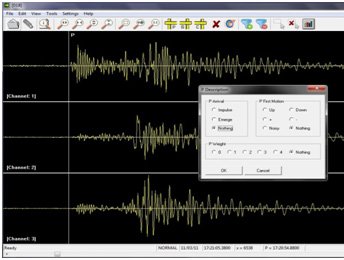 SeismPlus is a software package for interactive visualization and analysis of earthquake seismograms. SeismPlus performs waveform display of one or more sets of single trace seismograms, automatic and manual arrival time picking, hypocenter location of local, regional and teleseismic events, magnitude determination as well as import/export of several waveform and phase data formats.

SeismPluts acceps data at the next formats: CoRe24/32, Mini-SEED, or ASCII . The SeismPlus accepta also HYPO71 files. Processed waveforms are output in CoRe24, Mini-SEED or ASCII data format, while phases and locations are saved only in the HYPO71 format. Other formats are available upon request.